Almost 15 years ago, I stumbled upon a book that changed my life.

Up to that point, I’d been following what I thought was a very healthy approach to eating.

It was what I’d learned from my hippie mom, who grew our veggies, baked our bread and made sure no refined sugar or preservatives graced our table or our mouths.

It was what I’d read was the way an athlete needed to eat, sourcing upwards of 70% of calories from carbohydrate.

And it was undoubtedly what I’d been taught during my studies in exercise physiology and nutrition at USC in terms of what foods are good for us and which are not.

So why on earth was I sick all the time?

It started when I was a child. 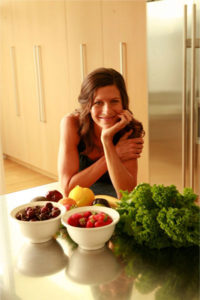 Mysterious yet mild stomach aches were the norm, but since from the outside looking in, all appeared well and good, I just assumed there was nothing I could do about it, as did our family doctor.

It was probably just nerves, right? After all, I did have a tendency to be a bit anxious.

Mild stomach aches slowly turned into terrible GI issues through my teens and well into my twenties, through my first years of racing triathlon and then reached an all time high (or, shall I rephrase, low) after contracting Giardia in a race.

Regular trips to the E/R after being doubled over in pain and several visits to various GI specialists lead nowhere apart from being told I had IBS, Colitis; one doctor even suspected maybe it was Crohn’s!

The last visit at the last specialist I saw ran a tTG-IgA test, which came back negative. I was told nothing was wrong with me and that since I didn’t have Celiac Disease, I should not omit gluten – containing foods from my diet.

If I did, there would be no way I’d be able to get adequate fiber or B Vitamins, since, in his opinion, breads and cereal grains were the best sources of both!

While I still had a lot to learn, I can say in retrospect, even then I knew this was nonsense. Vegetables have 7 – 11 times the amount of both B Vitamins and fiber that grains have!

I cut gluten out despite his advice and began feeling better in three days.

I continued to follow a gluten-free athlete’s diet for about a year, but while I felt better, I still didn’t feel fantastic and as an otherwise healthy, fit Ironman athlete, I wanted to feel fantastic!

Fast forward one year and I learned about Dr. Cordain and his decades of research on an authentic approach to Paleo eating.

It just made sense.

It was so simple, so delicious and so easy to follow that once I began implementing it, I knew there was no other way for me to eat.

I reached out to Dr Cordain to thank him and from that, our working relationship was born.

I have had the opportunity to create an implementation program with him, to write a book (The Paleo Diet Cookbook) with him and his lovely wife, Lorrie and to be guests together on The Dr Oz Show.

It has been and continues to be an honor to know and work with him. 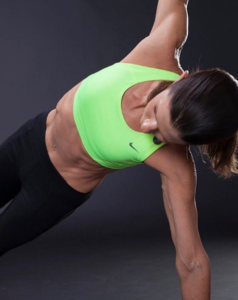 This transformation I experienced on personal level was so significant, that I began to include it as part of what was, at the time, a boutique personal training business.

After all, clients were asking how I’d been able to heal, achieve the lean body weight I’d always wanted and maintain a rigorous training schedule on top of work.

Over time, although I did quite enjoy personal training, I realized I could reach far more people by focusing on nutrition, which I’d be able to do both in person as well as through my blog, speaking engagements, SKYPE sessions for individual clients and one more platform that was only in ints infancy back then: social media.

It’s worth mentioning that over the last 15 years, we’ve all seen many changes in the Paleosphere.

While there has been a tremendous growth in awareness, there’s also been many variations that have developed.

If one understands what it’s really all about (eating rich, local, in season veggies balanced out with moderate, naturally sourced proteins and ample healthy fats) it’s easy to incorporate a little bit of wiggle room for that perfectly pulled ristretto in the morning or a neat vodka during a night out with friends.

The issue arises when one mistakes the Paleo-ish versions of breads, cookies, cakes and bars and creates an eating plan relying solely on these foodstuffs which really are often nothing more than gluten-free, dairy-free spins on the Standard American diet.

It’s for this very reason that I sometimes now hesitate to mention the word Paleo. I believe in the real Paleo approach whole-heartedly and I do feel it can lead to optimal health.

It’s led me through my own journey from what felt was a mess, that I know see has turned into a message.

It paved the way for me to transition from a very average middle of the pack athlete to a more competitive one, allowing 8 trips to Ironman World Championships in Kona.

It’s allowed me the platform upon which to build my brand, and to help educate people on how they can empower themselves through education on what’s they’re and begin their own path to healing through food.

It complements my love of cooking and has created the opportunity to build awareness in a local, community level, vis a vis my cooking classes and workshops and balances out what I can bring to the online table as I continue to develop my videos and YouTube channel.

I’ve said and written it thousands of times and here I go once more:

Eat food and move. This is what a real Paleo approach is all about.

Products
Recent Posts
This website uses cookies and similar technologies to manage data in order to serve our customers better. We do not sell any customer information to 3rd parties, but do use 3rd party software and scripts that may have access to website activity and behavior.
More info Accept